The 4th Annual USMC IT Day was a smashing success with a record number of sponsors and attendees. A huge thanks to the presenters, sponsors, and attendees. At the IT Day, our President, Mr. Steve Gaudreau, also recognized the significant contributions of the chapter committee who put the event together and worked tirelessly on the day of the event to ensure that it ran smoothly. Also, we appreciate the support of AFCEA International for the event.

Click here for the full agenda: IT Day 2013 Agenda

Keynote Speaker:
Major General Jennifer Napper is the Director of Plans and Policy, J-5, for United States Cyber Command, Fort Meade, MD. She is responsible for plans and policy in support of the operations and defense of specified Department of Defense information networks as well as the ability to conduct full-spectrum military cyberspace operations in support of U.S. National Security Objectives.

Major General Napper’s military career began in 1980 when she was commissioned into the United States Army National Guard. She entered active duty in the Signal Corps in 1983 after graduating from Texas A&M University. She graduated from the Command and General Staff College in 1994 and from the Army War College in 2002. She commanded the US Army Network Enterprise Technology Command, the 7th Signal Command (Theater), and 7th Signal Brigade, 5th Signal Command, where she deployed her unit in support of Operation IRAQI FREEDOM. Other positions have included Principal Director for Global Information Grid Operations/Commander, DISA; and Director, J-6, USPACOM. 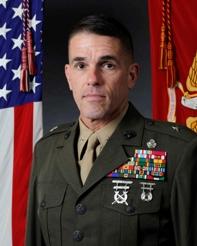 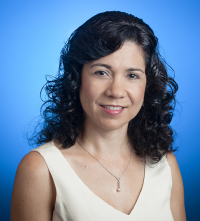 Guest Speaker:
Michele R. Weslander Quaid, Chief Technology Officer (Federal), Google
Michele is the Google CTO (Federal) and an innovation evangelist for Google. Throughout her career, Michele has taken on the challenge of creating start ups and transforming existing businesses in both industry and government. Through her successes, she has been recognized and sought after as a leader of change and innovation. Prior to joining Google on 4 April 2011, Michele’s work experience included nearly 20 years in the national security community, to include over a decade in industry as an Image Scientist and Chief Engineer, before being asked to join the US Government in 2002 in various transformational roles to include CTO, CIO, and other senior executive positions. 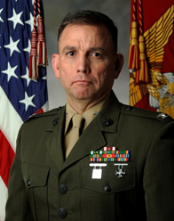 Featured Speaker:
Col Chad Breeden, USMC, Director, Command and Control Integration Division, Capabilities Development Directorate, Headquarters Marine Corps Combat Development and Integration
Col Breeden is a Marine Corps Aviation Command and Control Officer who has served in the First, Second and Third Marine Aircraft Wings. As a company grade officer, he served in a variety of billets to include a tour as the Tactical Air Operations Center Weapons and Tactics Instructor at Marine Aviation Weapons and Tactics Squadron – 1. As a field grade officer, while serving as the operations officer, he led the squadron’s planning for deployments in support of Operation Noble Eagle (ONE) and Operation Enduring Freedom (OEF), deploying in support of OEF to Kandahar, Afghanistan. Colonel Breeden returned from OEF to serve as the squadron’s Executive Officer, and later as the assistant Operations Officer for Marine Air Control Group – 18. Colonel Breeden transferred to Marine Corps Systems Command for duty as the Common Aviation Command and Control System (CAC2S) Project Team Operations Officer. He served as the commanding officer of Marine Air Control Squadron – 1 (REIN) from 2006 to 2008. After graduation from ICAF, he transferred to the White House Military Office, where he served as the Director, President’s Emergency Operations Center (PEOC), before assuming his current position. 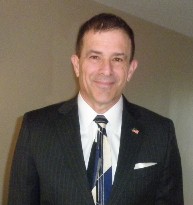