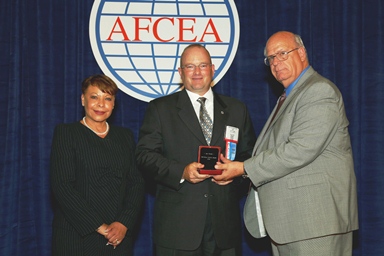 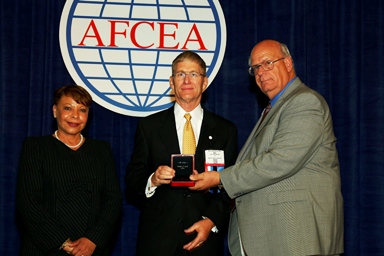 Bill Wright is presented the AFCEA Medal of Merit

At the same event the Quantico-Potomac Chapter once again received the coveted Model Chapter of the Year award. This year our Chapter President, Steve Gaudreau, appears in the front row at the far right. 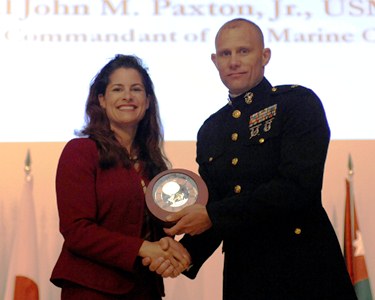 On June 4, 2014, Ms. Wendy Maurer, Quantico-Potomac Chapter, AFCEA presented the Lieutenant General Edward W. Snedeker Award to the Command and Staff College student whose
paper was determined to be the best on a topic related to command and control, communications, information systems or intelligence and suitable for publication in a professional journal. This year’s award went to Major WIlliam R. Smith, USMC. 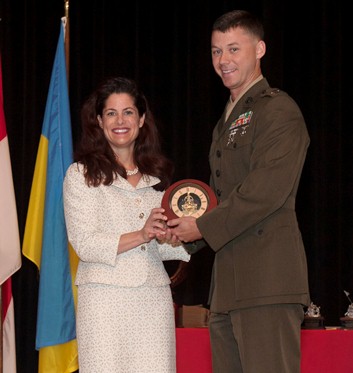 On May 8, 2014, Ms. Wendy Maurer, Quantico-Potomac Chapter, AFCEA presented the Colonel Donald G. Cook award for Outstanding Command and Control Student while a student at Expeditionary Warfare School (EWS) to Captain Robert A. Doss, USMC. This annual award is given annually by AFCEA in honor of Colonel Cook, who was awarded the Medal of Honor (Posthumously) for his actions as a prisoner of war during the Vietnam War.