The AFCEA Quantico-Potomac chapter will be hosting the 11th Annual USMC IT Day on Thursday, May 27, 2021. Leadership from Marine Corps Systems Command is confirmed.  This will be a virtual event this year conducted via Microsoft Teams Live Events. Speakers will be hosted at the CyberBytes Foundation, which will provide production support for the virtual event. 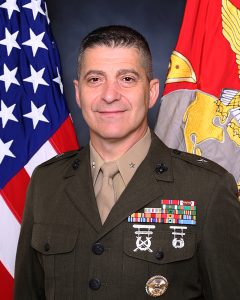 Thank you to our sponsors.  Click the logos to learn more about each company supporting USMC IT Day. 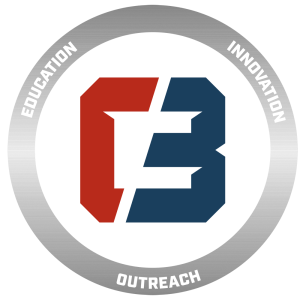 Col Dave W. Burton
PM, Intelligence Systems
Colonel Dave W. Burton graduated from Morehouse College with a bachelor’s of science degree in Physics and was commissioned a 2nd Lieutenant of Marines in 1989.  He served in the MAG-13, S-2 section in Yuma, AZ from 1991-1994.  During this period he deployed to Somalia, as part of the CENTCOM Intelligence Support Element (CISE), supporting U.S. Forces Somalia and UN operations in Somalia from May – October 1993.  Promoted to Captain in 1994 and transferred to Naval Space Command, Dahlgren, VA, he served as a member of a Space Support Team, teaching space systems and applications to deploying forces and providing hardware and software to access space based solutions.  Captain Burton then attended the Command and Control Systems Course in Quantico, VA, graduating in 1998.

LtCol Austin C. Bonner
PM, Command and Control Systems
LtCol Bonner was raised in Pierce, Idaho, enlisted in the Marine Corps in 1995 and attended Recruit Training at Marine Corps Recruit Depot San Diego, CA. Upon graduation, he attended the School of Infantry and attained the MOS of 0331. He was assigned to 1st Battalion, 3rd Marine Regiment, Kaneohe Bay, HI.  LtCol Bonner attended the Infantry Squad Leader Course in Okinawa, Japan, as part in the Uniform Deployment Program and was meritoriously promoted to Corporal. LtCol Bonner was a distinguished graduate of the Sergeant’s Course; and soon after was accepted into the Marine Corps Enlisted Commissioning Program and attended the University of Idaho. He graduated with a Bachelor of Science in Elementary Education and was commissioned in 2003. After completing the Basic School in the top 5%, LtCol Bonner attended and was an Honor Graduate at the Air Support Control Officer’s Course.

LtCol Raymond P. Feltham
PM, Wargaming Capability
LtCol Feltham is a native of Virginia Beach, Virginia and first entered the United States Marine Corps in 1989 when he began his career at Parris Island, South Carolina as an enlisted Marine and was subsequently assigned to Marine Corps Air Station Cherry Point as a Crash Fire Rescueman.  After completion of this assignment and nearly twenty two months as a civilian, he reentered the USMC in 1995 as an Air Traffic Controller and was assigned to Marine Corps Air Facility Quantico, Virginia earning an Approach Control Qualification.  After completion of this assignment, he and his family received orders to Marine Air Control Squadron (MACS) 4, Okinawa, Japan.  While stationed at MACS-4, then Staff Sergeant Feltham would earn a Federal Aviation Administration Qualification as a Certified Tower Operator and an arrival qualification, deployed with the 31st Marine Expeditionary Unit to Kuwait as part of Operation Desert Fox and selected to the Meritorious Commissioning Program; Officer Candidate Class 175 and commissioned a Second Lieutenant December 15, 2000.

Kyle Beagle
Director Office of Small Business Programs
Mr. Kyle Beagle is the Associate Director, Office of Small Business Programs (OSBP) for Marine Corps Systems Command, serving as chief advisor to the Marine Corps on all small business related matters. He is responsible for small business acquisition policy, strategic initiatives, small business outreach, and small business subcontracting programs.  Mr. Beagle joined MCSC June 2018 and has 12+ years of federal service. Prior to receiving this appointment he served as a small business professional at many DoD commands. He is a member of the DoD Acquisition Professional Community and is Level III certified in Contracting and Level II in program management. He holds a Bachelor of Science degree in Business Administration with a major in finance and economics from Old Dominion University, and a Master’s degree in Business Administration (MBA) from Cornell University.

Johany M. Deal
Director of Contracts
Ms. Johany M. Deal currently serves as the Director of Contracts for the Marine Corps Systems Command. As the senior civilian for contracting, she is responsible for all phases of contracting for an array of programs; including ground weapons and information technology systems. She leads a contracting organization comprised of more than 200 contracting professionals that provides quality, timely and cost-effective, and value-added Marine Air Ground Task Force procurement solutions to Marine Corps Systems Command Portfolio Managers, Program Managers and affiliated Program Executive Officers (PEOs). She earned her Master’s Degree (MBA) from the University of Mary Washington (UMW), majoring in Contracts and Procurement Management (2005). She also received her Bachelor’s Degree from UMW, majoring in Business Administration (2003). Ms. Deal is DAWIA Level III certified in Contracting and is a member of the Defense Acquisition Corps.