On Tuesday, June 14, 2022, AFCEA Quantico-Potomac will host a Luncheon with Scott Lacy.  Scott Lacy serves as the Chief of Staff for the Marine Corps Warfighting Lab (MCWL). The venue will be the Cyber Bytes Foundation in the Quantico Corporate Center.

Online event registration is now closed.  You can purchase a ticket at the time of the event. 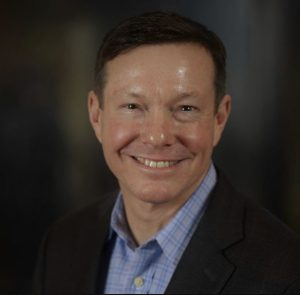 Mr. Lacy is a retired Marine Corps officer and national security professional with experience at the highest levels of the Department of Defense and as a senior advisor for a global consulting firm.
Scott retired from the Marine Corps as a Colonel in 2017. During his 25-year career, he commanded artillery units at the platoon, battery, and battalion level and served as a combat advisor team leader during Operation Iraqi Freedom. Scott’s non-Fleet Marine Force tours included serving at Headquarters Marine Corps as the Artillery Occupational Field Sponsor for the Deputy Commandant (DC) for Plans, Policies, and Operations and as the Branch Head for POM Development for the DC for Programs and Resources. Scott served on the Joint Staff as a special assistant to the 18th Chairman of the Joint Chiefs of Staff and later as the Marine Corps representative to the Deputy Secretary of Defense-led Advanced Capabilities and Deterrence Panel (ACDP).

Upon transitioning from the Marine Corps, Scott joined Deloitte Consulting LLP. He spent several years advising senior executive clients in the defense and intelligence communities on emerging technology projects. He specialized in aligning strategy, resources, and Congressional engagement in support of technology implementation.

Scott happily returned to his roots and joined the Marine Corps Warfighting Lab as Chief of Staff in July 2020.