On Wednesday, September 30, 2020, AFCEA Quantico-Potomac will host a virtual luncheon via Microsoft Teams Live. The Guest Speaker will be Ken Beutel.  Ken is the Program Manager for Network & Infrastructure at Marine Corps Systems Command. 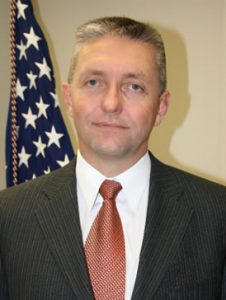 Mr. Beutel is a technical project manager and acquisition professional who has supported the United States Marine Corps information technology community since 1982.  He is currently serving as the Program Manager for the Network and Infrastructure (PMM170) Program Office, Supporting Establishment Systems portfolio, Marine Corps Systems Command.  Mr. Beutel was selected for the Program Manager position in June 2017.

In his current role, he directs the Program office’s efforts to manage a diverse sub-portfolio of IT projects and acquisition programs that provide the hardware and software platforms to provide information environment solutions for Marine Corps Enterprise Network requirements.  Mr. Beutel’s focus on process improvement and performance measurement has built strong working relationships across competency areas and within the IT service teams that results in sound acquisition strategies and effective fielding of required IT capabilities across the Marine Corps.  In the past year, this approach has modernized capabilities including telecommunications infrastructure, enterprise software, licensing, end user hardware, enterprise data centers, emergency response systems, and wireless networking infrastructure.  He has also worked closely with stakeholders to develop strategic outcomes for IT operations, technology roadmaps, and supporting services for the Portfolio Manager, Supporting Establishment Systems.

In earlier assignments as a Product Manager and Deputy Program Manager, he has led teams that provide strategic sourcing, custom software development, and enterprise IT systems including data centers and deployed tactical collaborative workgroup capabilities.  Prior to joining the Marine Corps Systems Command, he was a Marine Data Systems Officer, and later, a Command and Control Systems Officer for over 23 years. While on active duty, he served in various acquisition-related billets, including as a requirements officer at Headquarters Marine Corps, director of the Marine Corps Information Technology and Network Operations Center and deputy director of a central design activity.  Other assignments included a liaison tour with the Naval War College wargaming department, space control officer with US Space Command, director of the East Coast C4 Training and Education Center of Excellence, Assistant Chief of Staff J-6 for US Forces East Timor, and as a staff officer in multiple operational commands. During his career, he has designed, operated, fielded and managed computational systems and networks at classifications from unclassified to special compartmented information (SCI).