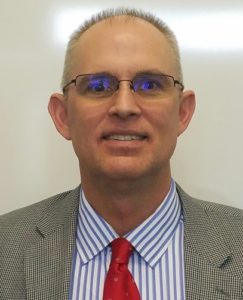 Harry enlisted in the Marine Corps Reserve in 1978 and graduated boot camp at Parris Island in 1979.  In 1979 Harry was transferred into the Marine Corps Platoon Leaders Class and attended Penn State University, earning a BA in International Politics in 1982.  He was commissioned a Marine 2d Lt in July 1982.

Upon returning from Somalia in April 1994, he was assigned to the Naval Postgraduate School where he received a Masters Degree in Electrical Engineering. In 1997 Harry was assigned to the Advance Amphibious Assault Vehicle Program Office where he held positions of Vehicle Electronics Lead and Chief Information Officer. In July 2000 he was assigned as the Assistant Program Manager for Expeditionary Fighting Vehicle – Command Variant.

Harry Oldand is married to Leslieann Lacy Oldland of Mt Laurel NJ for 28 years and has three sons Garrett 27, Geoffrey 24, and Gregory 22 and resides in Fredericksburg Va.