On Thursday, November 3, 2016, AFCEA Quantico-Potomac hosted a luncheon at The Clubs at Quantico. The Guest Speaker was BGen Dennis Crall.  BGen Crall is the Director of HQMC C4 and the CIO for the Marine Corps.

BGen Crall gave a comprehensive and compelling vision of the way ahead for C4 in the Marine Corps.  He noted that AFCEA-QP is the “people’s chapter” as it permits intimate and forthright discussion about emerging concepts affecting the Marine Corps. 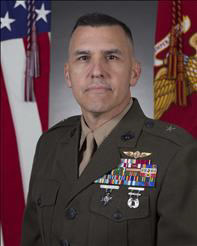