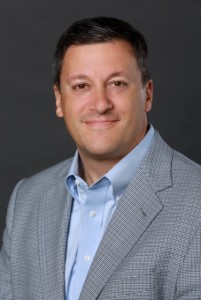 On Thursday, Mar 24, 2016, AFCEA Quantico-Potomac hosted a luncheon at The Clubs at Quantico. The Guest Speaker was Dr. Ed Amoroso.  Dr. Edward G. Amoroso serves as Senior Vice President and Chief Security Officer at AT&T, where he is responsible for real-time protection of AT&T’s vast enterprise, network, and computing infrastructure, including its mobile and video services.

Photos from the Event

During his thirty year career with AT&T, beginning at Bell Labs, Ed has focused exclusively oncyber security, working on projects ranging from Unix operating system security to critical infrastructure protection design. Ed is the author of dozens of technical papers and reports, as well as five published books on the topic of cyber security. For the past twenty-six years, he has alsoserved as adjunct professor of computer science at the Stevens Institute of Technology, where he has introduced roughly 2,700 graduate students to the topic of computer security.

Ed holds the BS degree in physics from Dickinson College, and the M.S. and Ph.D. degrees in computer science from the Stevens Institute of Technology. Ed is also a graduate of the Columbia Business School. In 2000, Ed was awarded the AT&T Labs Technology Medal and was elected an AT&T Fellow in 2009. Ed’s work has been featured in major news media such as the Wall Street Journal, the New York Times, and CNN. Ed recently completed – with his son Matthew, an undergraduate computer science major at Lehigh University – a high school textbook on computer science entitled “From Gates to Apps” (Silicon Press, 2013).