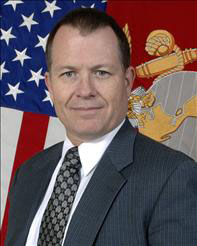 Mr. Craft entered the Senior Executive Service in October, 2006 and has four and a half years previous Federal civilian service.

From September 2005 to October 2006, he served as Senior
Telecommunications Advisor, Afghanistan Reconstruction Group, US Embassy Kabul, the senior lead for US government reconstruction and development activities in the Afghan Information Communications Technology (ICT) Sector and the Afghan Ministry of Communications. Mr. Craft quickly focused disparate efforts from various US government departments and agencies and the private sector into a coordinated program which greatly improved performance and attracted private sector investments. He established effective interagency and public/private sector working groups both in the US and in Afghanistan which increased the level of collaboration, speed of execution, and overall results.

From March 2005 until his departure for Afghanistan in September, Mr. Craft was a Director with PricewaterhouseCoopers Washington Federal Practice, leading technology engagements supporting the Department of Defense and other organizations. There he led winning business development and proposal efforts which resulted in the firm obtaining a place on government contracts with a combined ceiling totaling forty billion dollars.

From January 2004 to March 2005, Mr. Craft was the Chief Information
Security Officer (CISO) for Raytheon’s Intelligence and Information Systems (IIS) Company. He led IT, IA, and customer engagements, and chaired the Raytheon-wide Information Security and Information Management Technical Interest Group. At the request of NSA, Mr. Craft led a consortium of companies (large and small businesses) and professional associations addressing certification and workforce issues related to the security engineering profession.

From January 2003 to January 2004, he was the Director of IT Strategic Planning for Raytheon IIS and IT Director for the Mid-Atlantic region. He was the executive assisting the IIS CIO align the IT investments to the business objectives and customer needs. Additionally, he provided technical oversight and support for a wide range of client and business development work.

From November 2001 to January 2003, he was the IT Director for the $1.1 billion Strategic Systems Business Unit in Raytheon’s C3I Company, leading successful efforts to improve performance, lower cost and guide the IT organization through a large-scale corporate reorganization.

From January 1998 to November 2001, Mr. Craft led the creation of a new IA Program at the US Agency for International Development as the Agency’s Information Systems Security Officer. This program received an “A+” FISMA score only a few years after its creation and has maintained this high standard since. He also chaired the Security Practices Subcommittee of the Federal CIO Council which created a Federal Best Security Practices pilot initiative, leading the development and implementation of various government-wide best security practices such as Certification and Accreditation.

From 1983 to 1998, Mr. Craft led security and information technology departments and teams, managed projects, and served as a contributing analyst and engineer with SRA International, Booz-Allen & Hamilton, and Betac Corporation. Much of this work was in the National Security Emergency Preparedness and Command, Control, Communications, and Intelligence areas.

From 1979 to 1983, Mr. Craft served in the Marine Corps as a Communications Officer achieving the rank of Captain and served for three years as a logistics officer in the Marine Ready Reserves.

In June 2007, he was awarded the Department of Defense Exceptional Public Service Medal for his work in Afghanistan. In December 1999, Mr. Craft received both the US Agency for International Development Annual Inspector General Achievement Award for the development of a significantly enhanced Agency Information Systems Security Program and the NSA Systems Security Engineering Capability Maturity Model program achievement award for leading successful government-wide efforts to share best security practices. Mr. Craft has also received various industry awards throughout his career.

Mr. Craft holds a BS degree in business management from George Mason University. He is a graduate of the National Defense University Information Resources Management College Advanced Management Program, with both CIO and CNSS 4011 IA Certificates, and completed the Federal Executive Institute.