On Thursday, November 29, 2018, AFCEA Quantico-Potomac will host a luncheon at The Clubs at Quantico. The Guest Speaker will be Mr. William Wiliford, Executive Director, Marine Corps Systems Command.

Due to a last minute conflict, we regret to inform that this event has been cancelled.  We wil seek to re-schedule shortly. 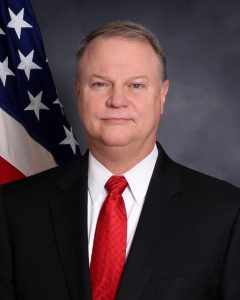 Command, in December 2016. In this position, he serves as the senior civilian official responsible for leading and directing daily business operations for the Command.

Mr. Williford was appointed to the Senior Executive Service in March 2012. He has 30 years of service with the Department of Defense on active duty, with industry and as a Federal Civilian.